For the past 10 years, I’ve had a year-end music mix that I give to friends and family. It started out as That Was The Year That Was, a compilation of favorite tracks from the previous year, with the title copped from a Tom Lehrer LP. Starting in 2005, it became Last Call, and that name stuck.

The whole thing started out as a CD (remember those?), and some years it spanned two discs. Of late, I’ve only rattled off one hard copy for sprite’s dad, and otherwise have distributed the mix via the Internet as MP3 files.

This year, in addition to the MP3 version and the one-off-CD, I’ve decided to use online streaming services to share the mix with you. Aside from one track (where I offer a substitute of the same song by the same act), everything is out there.

This is the opening track from my favorite album of 2014, lullaby and… The Ceaseless Roar (weird capitalization intentional). Plant’s extended U.S. journey complete, he recorded this album back in the UK, fusing his worldwide influences to traditional English songs. The sound is an intoxicating blend of beats and blues.

This brother act sounds like a modern day interpretation of late-60s Dylan, perhaps with a bit more harmony and the ability to carry a tune. They playfully jangle through their songs.

This is a bonus track from the album that most – including me – never thought would happen. I like this track because it centers on the interplay between Gilmour, Wright, and Mason: it’s a truly collaborative effort, and it shines as a result.

My runner-up for album of the year is St. Vincent’s eponymous album. Annie Clark’s songwriting is at full power on this album, and the whole collection of songs is a tour de force. This particular track, about the often disconcerting influence of the rapid-fire digital information age, grabs you and shakes you – awesome stuff.

Robin Thicke’s “original” (which was a note-for-note reworking of a Marvin Gaye song, according to an in-progress lawsuit) is a misogynist’s wet dream. Yankovic decides to write about poor grammar, and the song improves one hundred percent – if not more.

The best song the boys from Dublin released in 2014 never made their album. They performed this song live during the premiere episode of Jimmy Fallon’s reboot of The Tonight Show. Given Bono’s recent bicycle accident, it may have been the band’s last performance of this song for a while.

This band has such talent, and they showcase it in full force on their 2014 album, Bad Self Portraits. I hear they put on a great live show, too, though I’ve not had the chance to see them yet. I do know that their live gigs sell out quickly, so if you hear that they’re coming to your town, it’s best to snap up the tickets quickly.

“Your Love Is Killing Me” – Sharon Van Etten

Sharon Van Etten is developing into a wonderfully complex singer-songwriter, and her latest album, Are We There, shows a new level of maturity and depth of themes (not that she was lacking either in her previous work).

Did you listen to the Serial podcast? If so, you’ll recognize this track as the show’s theme. It’s simple and spare, and worked well for the show (and for this mix).

I’m not normally a fan of Natalie Merchant (her singing through and then past the note isn’t my cuppa), but this is a great song and ties in well with the opening track of this collection. So…. here it is.

“All About That Bass (feat. Kate Davis)” – Postmodern Jukebox

Sure, Meagan Trainor’s version was the hit, but this trad jazz interpretation is such fun, and brings a more mature, smoky angle to the hit song. I chose to use the YouTube version here because you see the band performing it live (and this is the recording on the official release, as well).

“Down In The Willow Garden (Take One – Electric)” – The Everly Brothers

Sadly not available online, this is a recently-unearthed gem from the 2014 reissue of their Songs Our Daddy Taught Us LP. Last year, Billie Joe Armstrong and Norah Jones covered this album, track for track. If you can track down this CD, it’s worth the money. For now, here’s one of Don and Phil’s last live performances of the song, dating back to 2005.

Jimmy Page has been on a slow march remastering kick for the Led Zeppelin catalog, and the remaster of their incredible fourth album was released in 2014. While the bonus tracks weren’t quite as amazing as I (and many other fans) hoped, the instrumental-only versions of the two acoustic songs on the album are sonic gems.

They’re Swedes! They’re sisters! And the harmonies they produce are simply stunning. This is an act that rocketed up the charts in 2014, and while they’d likely be a perfect fit for, say, the Falcon Ridge Folk Festival, methinks they’re now a bit… big for such an event.

“A Sky Full Of Stars” – Coldplay

While Coldplay’s latest album isn’t quite as strong as their previous work, it’s not really lacking, either. This song is fairly standard Chris Martin fare, and it bounces along nicely.

The British retailer, John Lewis, is known for gorgeous holiday adverts. 2014’s ad featured this haunting version of John Lennon’s “Real Love,” and the moment I heard this rendition it was stuck in my mind – superb.

“Hope For The Future” – Paul McCartney

Macca’s big release for 2014 was a song for… a video game. Destiny was one of the big video game releases of the year, and somehow Macca landed a track in the game. The video features the Fab singer in the game’s environment as a hologram. And the sentiment of the song matches my theme for 2015…

Happy New Year, one and all! 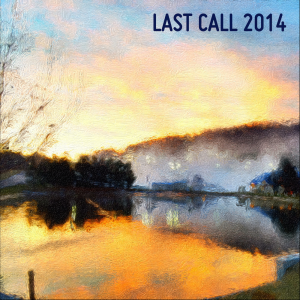 bringing it all back home: #projectfemur hits the slopes

the one year anniversary of #projectfemur: quite the ride